Looking into an aquarium is like gazing up at the stars. They both elicit feelings of curiosity and wonder, but also a fearful sense of awe. One can’t help but stare and lose themselves in the world on the other side of the glass. And, despite being of our planet — our blue planet — the creatures within appear as alien as those we ponder finding elsewhere in the cosmos.

Many of us may recall our first encounter with underwater life; perhaps it was a family fish tank or a trip to an aquarium. But few could say it changed the direction of their life as it did for Guy Stevens, founder and Chief Executive at The Manta Trust.

Stevens stole his first fish tank when he was 11. No, he didn’t hold up the local pet store with a slingshot, he simply took it from his older sister’s room after she adopted it from a friend and quickly grew bored of it. “It was literally a tiny tank, one foot by half a foot by half a foot and I can still remember the six species it held,” Stevens explains. He’d always been fascinated by the natural world but acquiring the tank and life within helped hone his focus. While he’s wary of calling it the beginning of an obsession, he quickly upgraded to bigger and bigger tanks, consuming all the information he could on different species and their habitats. Soon enough, household tanks, books and documentaries weren’t enough, he wanted to observe and study these animals in the wild.

Staring them in the eye, you get the distinct feeling that they are as curious about you as you are about them.

Out of school, Stevens earned the diplomas needed to work for a short time in the ornamental fish trade. Ornamental fish are those kept as pets or in public displays for their beauty and decorative value. “You go from having three or four tanks at home to working in a shop with thousands of tanks and you’re responsible for all of these other fish,” he says. “But, after a while, I learnt that’s not what I wanted to be doing for the rest of my life, so I changed tact and I went to university.” From here, Stevens earned an undergraduate degree in marine biology and worked in the Maldives as a marine biologist for the Four Seasons resorts. “I was basically a glorified snorkel guide slash divemaster, it was a pretty amazing gig, the company paid to do the sort of thing I’d love to do on holiday. That’s when I had my first encounter with manta rays and I fell in love with them.”

Again, while his adventures in the Maldives brought Stevens closer, he still wasn’t doing the altruistic work he dreamed of. He began thinking beyond tourism for ways to focus on research, science and conservation. Stevens shared these ideas with the very resorts he’d been working with and convinced them of the need for more responsible programmes. Striking his first partnerships, the Maldivian Manta Ray Project was born.

“As that expanded, I started to collaborate with people in areas such as Mexico and Hawaii where there were other manta folks doing their own thing. I took trips to Sri Lanka where I was seeing these animals being fished which then starts to motivate me more in the conservation area and I realised there was a need to address an increasing threat to these animals globally and the best ways to do that was to build an organisation that could form an umbrella to tie together all of these people in disparate locations with a common strategic vision and conservation driven agenda. That’s really how the Manta Trust was formed in 2010.”

Manta rays are threatened by human activities such as fishing and over-tourism. They’re in need of conservation. But so are many others, why focus primarily on them? “It’s quite common within conservation to use a charismatic megafauna species to help connect people and drive your message because people tend to care more about species that look cuddly and fluffy and you can use them to raise awareness of broader conservation issues,” says Stevens. Manta rays aren’t particularly cuddly or fluffy like other charismatic megafauna such as tigers, pandas and penguins. But their size, intelligence and individuality make them engaging to humans. Each manta has a unique pattern of spots that makes it easy to follow over its fifty-plus year lifespan. When looking them in the eye, Stevens describes getting the distinct feeling that they are as curious about you as you are of them.

These traits, plus their tameness around humans, make manta rays an ideal poster child for The Manta Trust’s broader conservation efforts which focus on protecting underwater ecosystems, warming oceans and, biggest of them all, the global climate crisis. “Everything pales in comparison to the bigger problem of the climate crisis,” says Stevens. “And I think if we’re going to see a change, we need the same level of public engagement and activation pressure on governments that we’ve seen during the pandemic.”

The Manta Trust’s own approach is based on research, education and collaboration. Research on which to base informed and effective decisions; education to inspire and engage people with the issues manta rays and the wider underwater world face; and collaboration to bring together individuals, local communities, businesses and governments to work towards common goals. 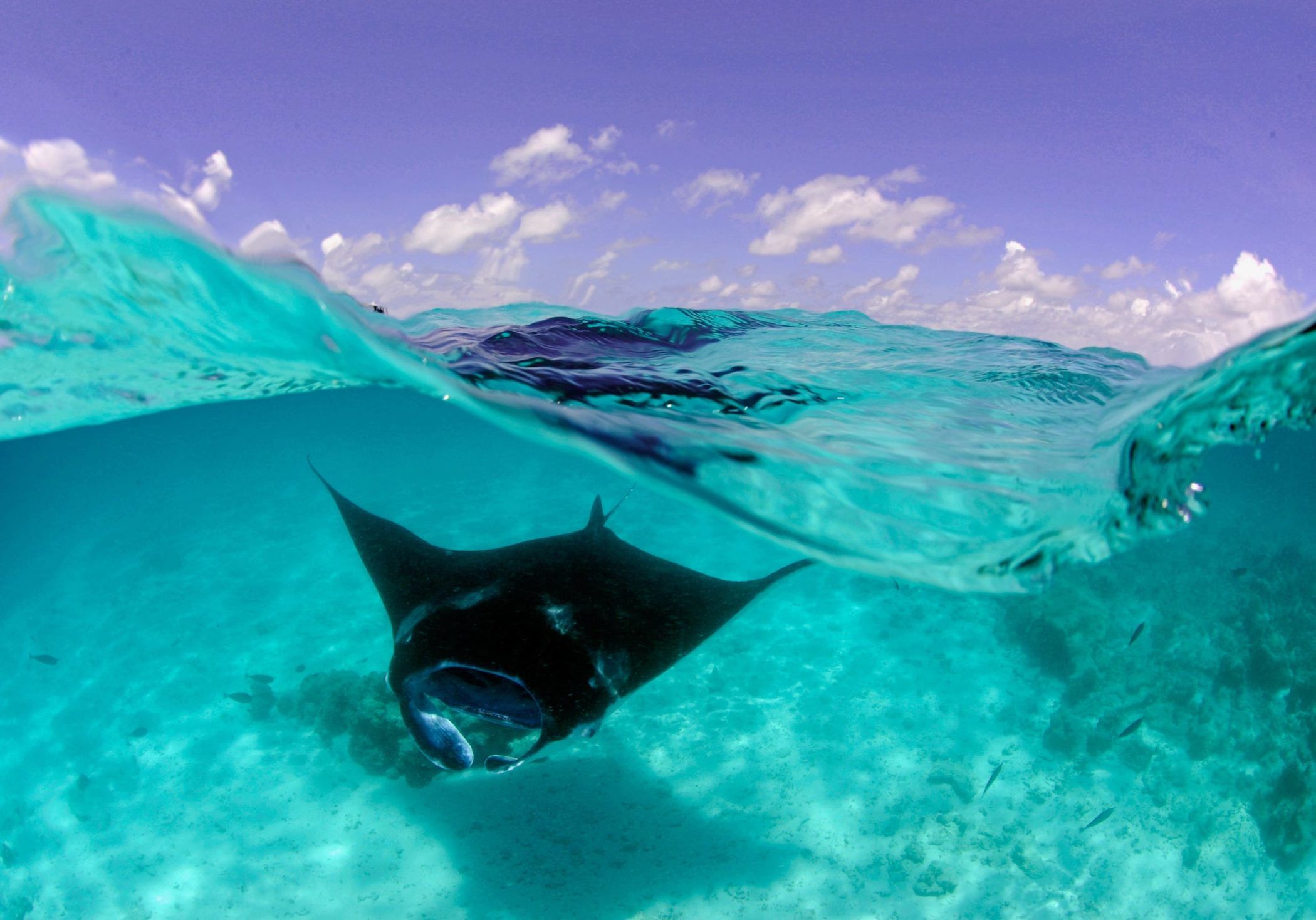 “Science is important for informing conversations and objectives but science alone will not achieve our goals. You can have all the facts but unless there’s political and public will to change things, you won’t be able to. That’s why we work with communities and governments to take things to the next level. We’re a very small charity and we’re not going to achieve much without collaboration. Marine conservation is very competitive because there’s limited funding. There are a lot of egos scrambling for the same money and that tends to lead to competition instead of collaboration. Ultimately, that doesn’t help anyone achieve their goals.”

To fund operations, charities need money. Like it or not, this often means working with commercial partners. But this doesn’t have to mean trade-offs. Stevens explains a successful partnership is one that’s beneficial for both parties. “Take the case of our Carl F. Bucherer collaboration. This partnership enabled us to realize essential projects, and above all helped us to generate awareness for our cause,” he says. Carl F. Bucherer is a Swiss watchmaker who has supported the Manta Trust’s conservation programmes and worked together with them for the past eight years. 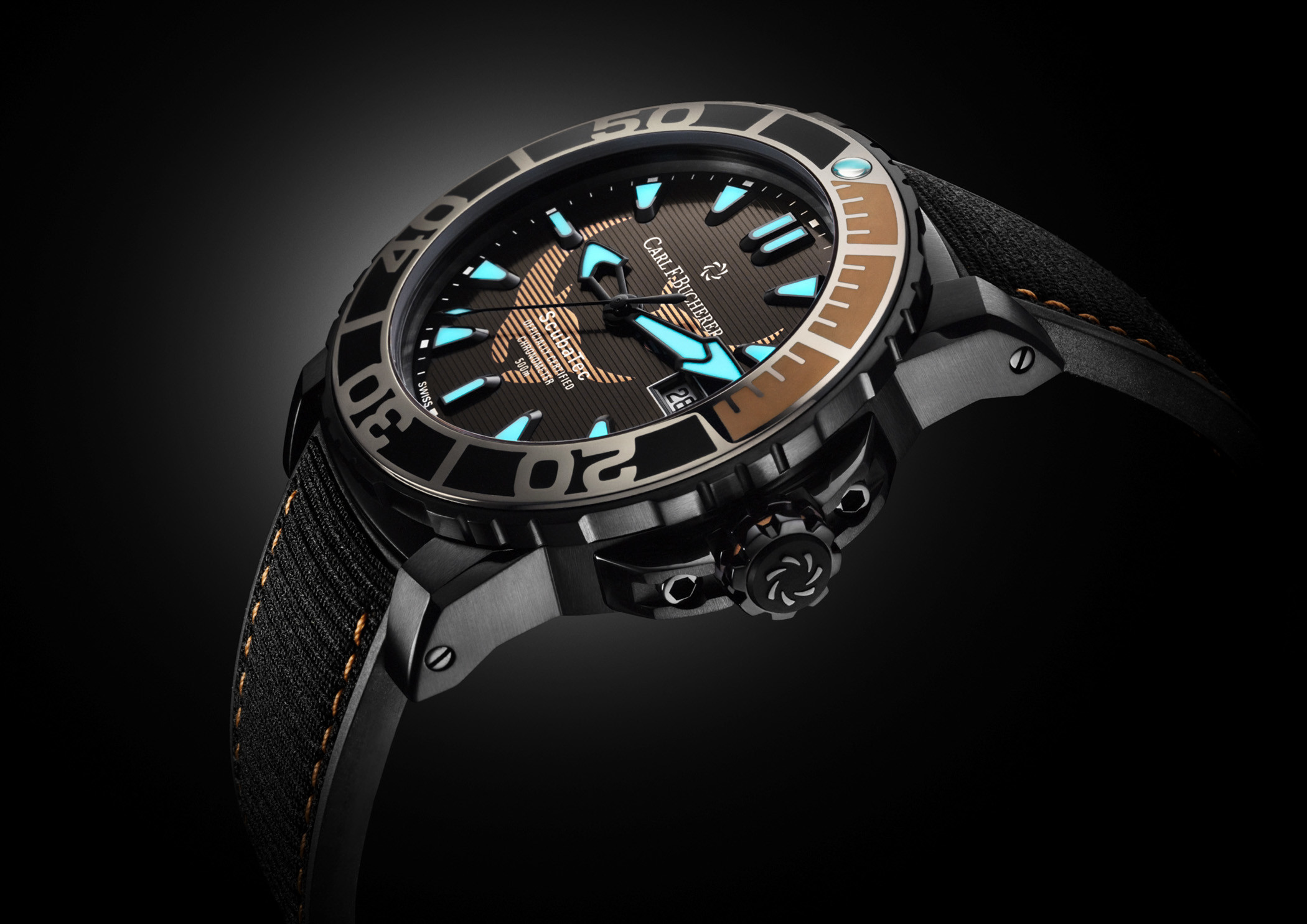 In some cases, companies simply hand over a cheque in hope of greenwashing otherwise misaligned practices. “It’s a big challenge for every charity. Commercial partners are an important source of the money we need to operate but we have to be very careful we don’t get into bed with someone that’s going to degrade our integrity by using their association with us to get away with doing something that’s harmful. We’ve turned down money many times in the past. But with Carl F. Bucherer we have a long-term partnership and an authentic commitment that isn’t just about increasing revenue but really supporting what we’re trying to do as a charity.”

The Manta Trust’s flagship project is the Global Mobulid Conservation Programme. Supported financially by the Shark Conservation Fund, Save Our Seas Foundation and Save Our Species, the programme unites like-minded collaborators from around the world. Research, education and collaboration form the foundation for three key objectives: change policy to regulate trade and fishing, ensure governments and local communities are capable of supporting protective measures and develop a five year plan and funding strategy to continue the work. Programmes like this have opened up research opportunities and the development of education workshop. Which, in turn, have helped inform governments and led to national manta ray protection in places with some of the world’s largest mobulid fisheries like Peru and Thailand.

Right now, the Manta Trust is running a fundraiser for conservation projects devastated by COVID-19. While the virus has obliterated the tourism industry that funds these local projects, it hasn’t stopped fisheries catching manta rays as bycatch and those targeting them for their gill plates. These conservation projects are often small but critical to manta ray protection. You can help support their efforts by donating here.

Over the last few years, and even more so, months, it’s become easy to look at the world and assume we’re doomed. Stevens is starkly aware that we’re living through a critical point in time and fears the climate crisis reaching a tipping point from which there’s no return. Nonetheless, he says he wouldn’t be doing this job if he wasn’t optimistic: “I’m a glass half-full kind of guy.”

On a personal level, there are many ways people can support the Manta Trust’s objectives. If someone wants to interact with mantas or other marine life, Stevens recommends researching reputable operators rather than going with the first or cheapest you find. To make them easier to find, look out for operators recommended or supported by charities. The Manta Trust also has a How to Swim with Manta Rays guide available in 17 languages and offers people the opportunity to support them financially by adopting a manta.

The Manta Trust itself has learnt numerous lessons over its ten-year history that could be applied elsewhere. Stevens explains one of the biggest the organisation learnt early on is that a problem is never entirely fixed: “if you let your guard down or if you don’t have a plan in place to continue specific research or conservation objectives, a lot of work can be wasted and so having a long-term strategic plan to tie everything together is key.” 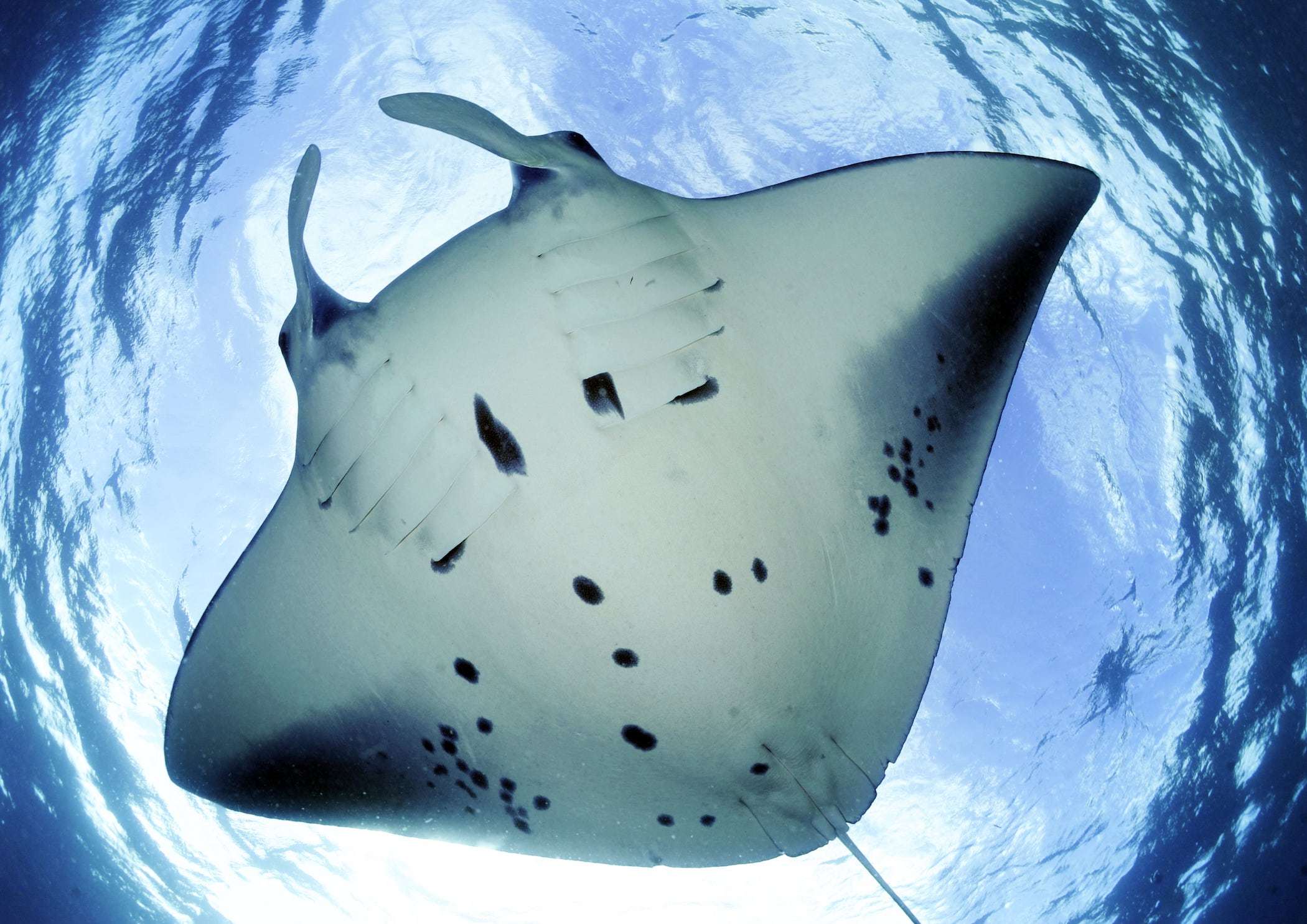 Ultimately, he believes it’s about bringing people together to focus not on individuals or organisations but on common goals. “I’m not the best at a lot of things but one of the things I’m quite good at and most proud of is getting people to work together. I could list off things we’ve achieved as an organisation but none of that would be possible without all the people involved. If I died tomorrow, I know the Manta Trust will continue because it’s not about any individual, it’s an organisation and group legacy is more important than that of any figurehead.”

mantatrust.org is a goldmine of information, resources and advice. You can support the Manta Trust immediately by visiting the support page which also includes information on how to adopt a manta. For regular updates, you can follow them on all the usual channels including Instagram, Twitter and Facebook.

Die Fette Kuh: Burgers Made With Aspiration And Responsibility