Unlike any other sense, smell transports us through time and space to scenes once forgotten. The olfactory bulb, which runs between the nose and brain, is the first to process fragrances and is linked to two parts of the brain associated with memory and emotions: the amygdala and hippocampus. That’s why a familiar smell causes us to freeze, sniff the air like a bloodhound and reimagine moments from the past with near-perfect clarity. Smells are stories and feelings.

Laboratory Perfumes founder Aaron Firth is inspired by personal stories of Britain, his birthplace and home, as well as holidays to the south of France and Moroccan mountains. A trip to Morocco’s Atlas Mountains inspired the fragrance Atlas which features notes of rum, vanilla and hay alongside cinnamon, ginger and black pepper. Firth recounts searching high and low for the right aroma for the fragrance’s primary scent, pipe tobacco. The brand’s motto is a translation of the Latin phrase, “Primum non nocere” and the Hippocratic oath taken by medical professionals: “First, do no harm.” While the brand recognises its fragrances aren’t going to save the planet, they aim to minimise the damage in the process.

Written into each of Johan Bergelin’s fragrances is a unique “fragrance journey” inspired by a specific era, place or culture. Bergelin looks to art, music, fashion, film and beyond to reconstruct the time and place. During the 60s and early 70s, Marrakesh became a “hippie haven” famed for its vibrant parties hosted and attended by musicians, artists and film stars of the time including Yves Saint Laurent, The Beatles and The Rolling Stones. In homage to this time, Kasbah by 19-69 “is woody and welcoming with soft oriental spices” featuring notes of white honey, amber and sandalwood. 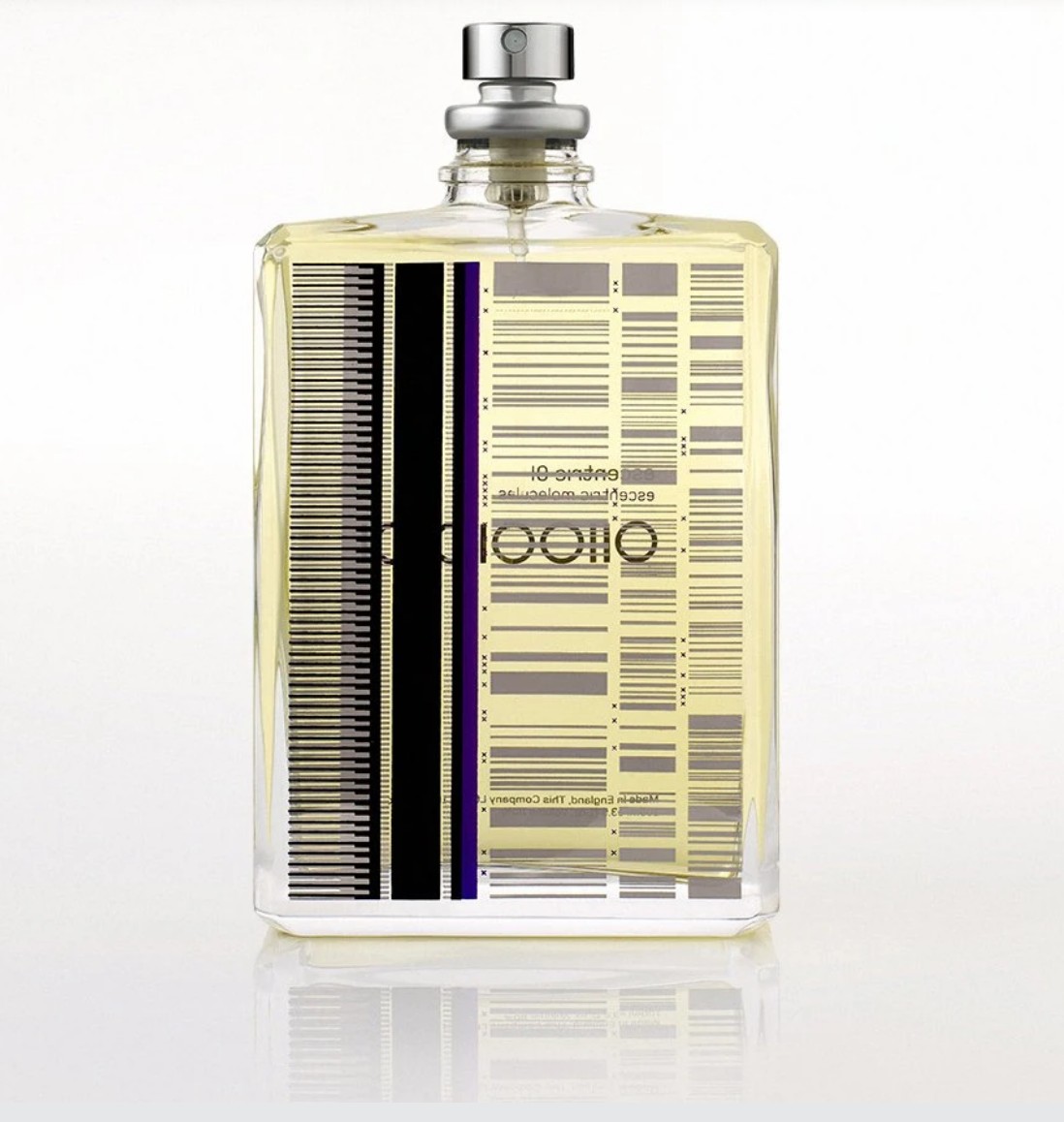 Perfumery is both an art and a science, and few brands honour this like Escentric Molecules. We often think of fragrances as a cocktail of scents found in nature: florals, spices, fruits and woods. But Escentric Molecules was founded in 2006 after perfumer Geza Schoen first smelt Iso E Super, an aroma molecule created in a laboratory during the 1970s. Enamoured, Schoen created Escentric Molecules’ first two fragrances — Escentric 01 and Molecule 01 — one consisting of a whopping 65% Iso E Super and another that contained only that single aroma. The bold move was successful and Schoen has since created four more fragrance pairs based on rare aroma molecules capable of independence.

While we’re quick to associate names like Hans Zimmer with film scoring and Kim Jones with fashion design, it’s unlikely you know the name of a perfumer (no, Tom Ford does not personally design the perfumes that carry his name). Frédéric Malle, the grandson to the founder of Christian Dior Perfumes, considers himself a perfume publisher. Each fragrance bottle, like a book, features the name of the nose that created it. Fragrances become not just stories but works of literature and Malle’s role as a collaborator is to enable each designer to create a masterpiece worthy of their name. Fanny Bal is one of Frédéric Malle’s “authors” and her fragrance Sale Gosse, Dirty Kid in French, is a tale of “doodles on the blackboard, devious schemes and pranks galore”. Within her vocabulary is the scent of strawberry, a nod to the bubblegum and old-fashioned sweets of her youth.

Annick Goutal, a pianist once considered a child prodigy, combines her unique sense of musical composition with a curiosity and passion for perfumes. Goutal describes herself as a “Conteur de Parfum” or Perfume Storyteller. When browsing her fragrances online, it’s possible to filter the search by narrative such as “Travelling around the world,” “Enjoying a timeless moment” and even “Attending a unique Parisian night.” If one wishes to relax in nature, Mandragore Pourpre is an ode to the writing of Machiavelli and Shakespeare and the mythical powers of the mandrake root, a key ingredient in witches potions and brews. This mysterious and magical fragrance contains notes of bergamot, star anise, rosemary, black pepper, patchouli, incense and heliotrope.

Polymath Mario Lombardo’s professional background speaks for itself. Editor-in-Chief and Creative Director of Sleek Magazine and KaDeWe Magazine, founder of boutique design studio Bureau and a renowned German designer. But until 2016, Lombardo was predominantly a visual storyteller. With the launch of Atelier OBLIQUE that all changed and Lombardo quickly established the brand as a niche perfume house in Berlin. Saint is in part an ode to the city’s famed clubs and Parisian parties of the 1920s. “The scent exhales desire, lust and elegance” with a top note of bergamot, heart notes of cedar, amber and leather, and base notes of vanilla, tobacco and musk.

While you’re considering which fragrance to buy, improve your skincare routine with these natural skin solutions.