If inanimate objects could harbour thoughts, then an abandoned barn, which was once used to shelter the farmer’s cows and haystacks, would never have imagined becoming a modern loft for two. Built around 200 years ago, the Scheune never saw any repairs and was left to collapse until 2007 when it was renovated and given a whole new purpose. 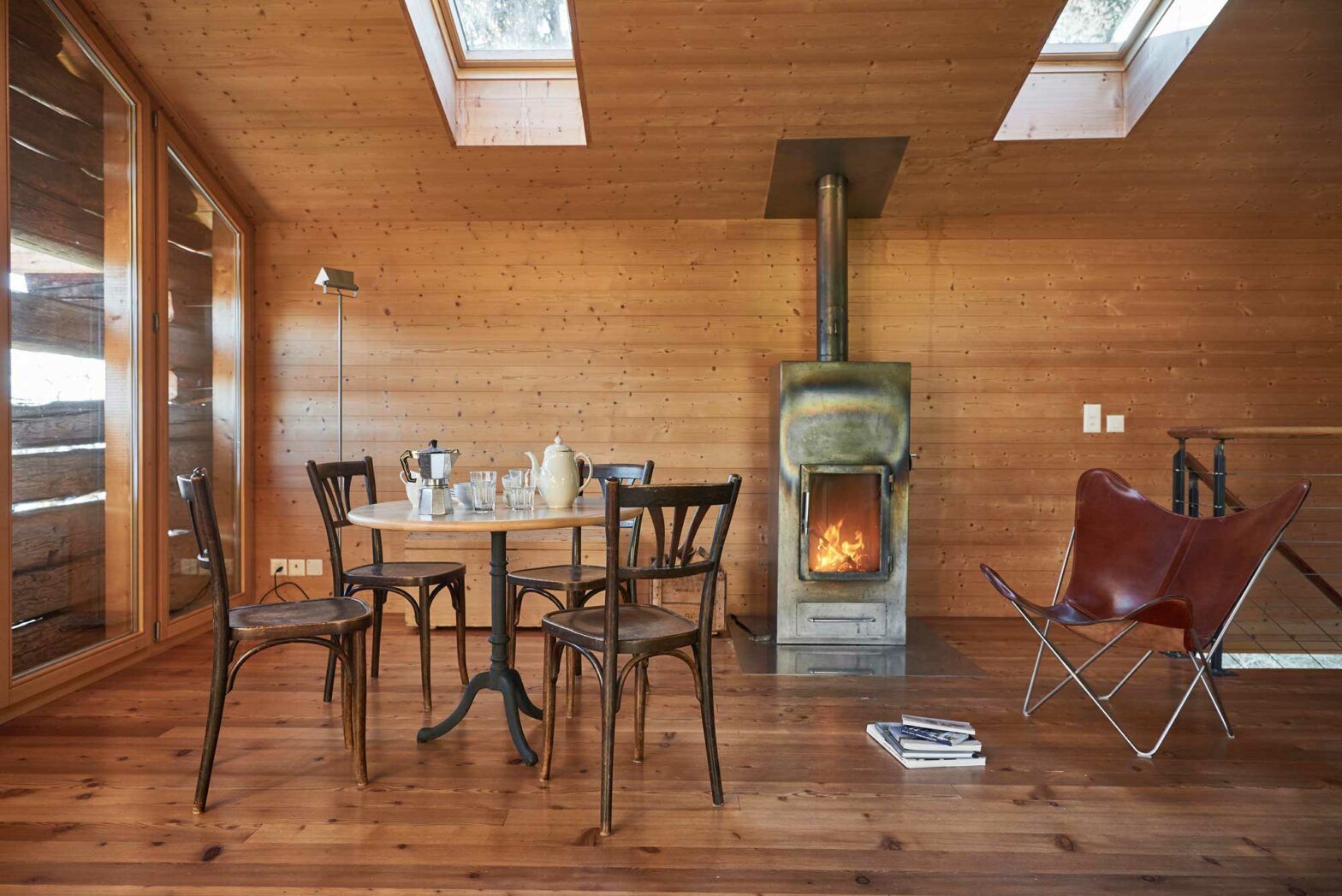 The traditional wooden block construction became the outer shell of a house-within-a-house, hiding a modern loft inside with a central steel fireplace surrounded by a minimal living space. When the windows are open, the breeze enters from between wooden slats with a panoramic view of the Eiger, Mönch and Jungfrau mountains, their snow covered peaks iridescent in the sunlight.

While the weather-exposed wall continues to carry the traditional wooden shingles, the roof now has two new skylights that allow even more light to enter the main room. Living in the Scheune is a daily reminder of the harmony created between the architecture of past and present, heightened by the beauty of its surroundings.

The Scheune is owned by the Stiftung Ferien im Baudenkmal: a foundation which lovingly restores endangered monuments and revives them as holiday homes.

If submerging in nature is your thing, check out architect Sigurd Larsen’s Løvtag cabins in North Jutland.

The Young and Experimental Winemakers of Rings